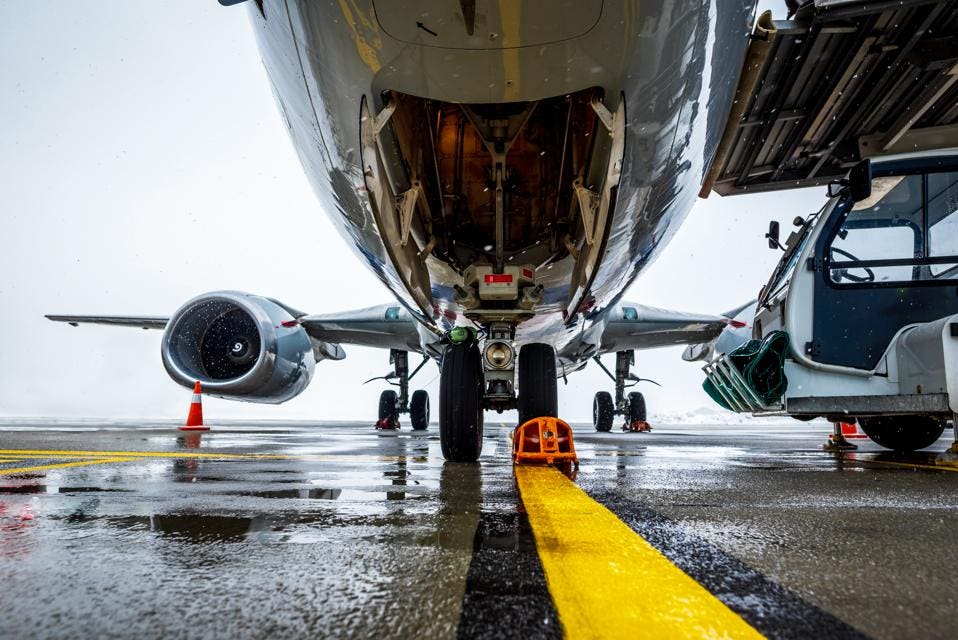 President Trump implied  that complicated technology might have led to the Boeing 737 MAX disaster (a point since vigorously attacked), tweeting:  “Airplanes are becoming far too complex to fly. Pilots are no longer needed ….and the complexity creates danger. All of this for great cost yet very little gain. I don’t know about you, but I don’t want Albert Einstein to be my pilot. I want great flying professionals that are allowed to easily and quickly take control of a plane!” @realDonaldTrump

But why did Boeing and its airline customers want so much technology? To make money and profits. Experts will study whether excessive technology made the 737 MAX too complicated to fly and increased the probability of tragic air crashes. Other experts say technology makes airlines safer, leading to ever-lower number of crashes.  But both points of view are distorted, and misunderstand a fundamental aspect of technology.  Economists don’t view technology as a separate thing from corporate profit-making and cost-reducing strategies. Technology may improve airline safety, but it is adopted to make money.

The relationship between human workers and technology  is driven by costs and firm strategies, says Rick McGahey, economist at The New School.  It would make economic sense for aircraft makers and airline service providers to continually seek profits by implementing technology through what economist Bill Lazonick calls adding value – making a safer and better product – but also by extracting value by saving on labor costs.

In a conversation with McGahey, my colleague (and spouse) he notes we all want technology warning pilots of possible stalls and providing accurate weather reports—the list goes on and on.  But because businesses have two imperatives—make better products and hold down costs– technology in the cockpit (and elsewhere) also has a profit-making and cost-saving aspect.

Consider jet engines.  Next time you fly, see how many commercial planes have three or four engines, as opposed to just two under the wings.  Almost none.  Engine technology is more efficient and more reliable, and the iconic four-engine Boeing 747 is sharply limiting future production while Airbus is cancelling its four-engine A380 in favor of smaller two-engine planes.

The drawback is that technology and design are complex. When Boeing decided to add new, larger, and more efficient engines to the 737 MAX 8 aircraft, the engines changed the delicate aerodynamic balance of the plane, making the nose pitch up more, increasing flight risk.  To compensate, Boeing designed new software, the Maneuvering Characteristics Augmentation System (MCAS), that would automatically push the nose back down.  And MCAS is a prime suspect in the two fatal crashes.

But the real suspect is how MCAS interacts with human pilots, and whether the pilots were adequately trained to deal with the new software, added onto the already very complex job of flying a commercial airliner.  Almost all work processes are a combination of human effort and more complex systems can lead to unexpected dangers where humans may react in unanticipated ways.

After all, despite misinformed commentary, airplanes don’t fly themselves.  Human pilots fly them, just as humans drive cars, carry out laparoscopic surgery, and scan your groceries at the market.    Critics say Boeing failed to alert pilots about the MCAS and any dangers associated with it, and that some airlines skimped on pilot rest, training, and maintenance in order to get additional profitable flight time.

Boeing—like any company—never wants to say their products might be dangerous, so there’s a bias against such alerts.  They can hurt sales and cause expensive liability litigation.  But a spokesman for the American Airlines pilots union says there should have been more training and alerts from Boeing, including sale of and time in simulators, which the Federal Aviation Authority (FAA) did not require.  Economists often worry about “regulatory capture,” where the supposedly impartial public regulator comes to argue for the very interests they are supposed to be regulating, and there are questions whether the FAA has been subject to that here.

Unions noted some of the pilots involved in the two 737 crashes had very little flying time. Although the captain of the Ethiopian Airlines flight had a lot of hours, the first officer reportedly only had 200 hours of flight time (U.S. regulators require 1500), leading one expert to say “you basically put a student pilot in there.”

Pilot unions, naturally, want higher requirements, more training, and higher pay for pilots.  After all, who has more incentive for safe aircraft than a pilot?  But airlines, like all profit-making firms, aggressively bargain down wages and working conditions, reducing the number of on-board pilots and cutting their rest periods and training costs.  And like many industries, demography means airlines are facing a growing pilot shortage.  This is leading some to lower requirements for pilot training and experience.  (See this web site listing “opportunities that are available for Low Hour Pilots” for commercial airline jobs.)

When companies face high labor (or other) costs, they often substitute technology.  That is a major reason why technology is increasing in commercial aircraft, not safety or complexity for its own sake.

Bottom line: technology often substitutes for what companies perceive as too-costly and scarce human labor. Upward pressure on pilot wages because of so-called pilot shortages is leading companies to cut pilot costs wherever possible, including designs for future jetliners that will only need one pilot. (We economists don’t see persistent labor shortages, just companies that are offering too low wages)

Of course, hiring pilots with less experience and providing them less training is another way to cut costs.  It is too soon to tell if the 737 MAX crashes can be blamed in part on poor training and lack of pilot experience.  But don’t treat the technology or software problem in isolation.  Like any other work process under capitalism, every Econ 101student knows what was so eloquently explained in the 1980s by economist Harry Braverman–technology always must be understood in terms of costs, control of work, and how humans and technology interact on the job.  Safety and reliability come from training, adequate pay and working conditions, independent government regulation, and a voice for worker and customer safety—like ALPA, the Air Line Pilots’ Association, International.  This provides necessary countervailing power against companies’ relentless drive to lower costs, potentially even at the cost of worker and customer safety–and their lives.