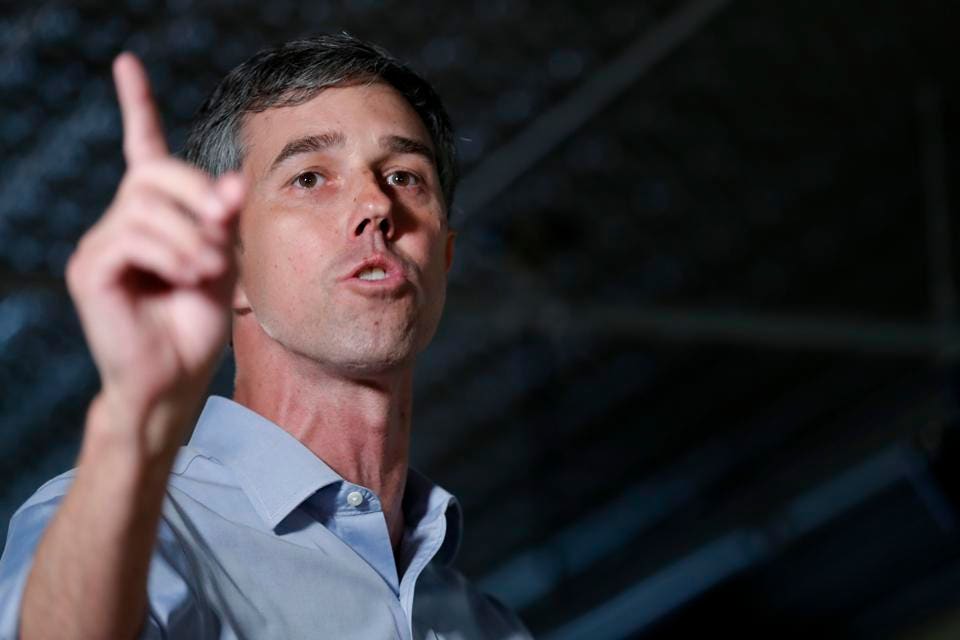 Former Texas congressman Beto O’Rourke during a meet and greet at the Beancounter Coffeehouse & Drinkery, in March 2019, in Burlington, Iowa. (AP Photo/Charlie Neibergall)

Beto O’Rourke is one of the Democratic hopefuls who hasn’t articulated much of an education plan. On his official website, education doesn’t even make the list of issues. His kick-off speech included a quick mention of education with some fairly basic positions: “world class” pre-K through 12 education, living wage for teachers, graduates who are college and career ready. His public education history is somewhat mixed; he has been an opponent of vouchers, but a supporter of charters (unsurprising, as his wife founded one). But he has not had much to say beyond basic education policy boilerplate.

However, O’Rourke did show up for NEA’s Strong Public School’s forum. By the time he walked out on stage, Bernie Sanders had hammered home his strong education policy, and Elizabeth Warren had raised the bar for all candidates by coming out strong against high stakes testing. This was his chance to work a huge room of teachers.

His one minute opening was about a struggling community dealing with floods and, yes, it has a school in it. His first question was about how he could help rural schools in the path of opioid addiction, which allowed him to pivot to talking about the opioid problem. Then he turned to the right for teachers to organize, and to earn a living wage so that they can focus on students and not worry about their extra jobs. And then he got interesting:

That means we forget 100% of your student loan debt if you are willing to dedicate your life to public service.”

There are many implications to his policy, and as always, there are devils lurking in the details. There is, in fact, a program for partial forgiveness of college loans for teachers and public service workers who meet certain requirements. The law was passed in 2007, but the current administration has been somewhat less than enthusiastic about it, and has rejected roughly nearly every person who has applied; it has become such a mess that the American Federation of Teachers this week in federal court sued Betsy DeVos and the Department of Education over mishandling of the program. This highlights one of the major problems with a college loan forgiveness program: students who complete college under one administration may find they are petitioning for loan forgiveness to a new administration that doesn’t actually want to implement the plan.

There are other details to be considered. In particular, there is the question of how long someone must serve to be eligible. If you can’t apply to have your loan paid off by the government until you have taught for, say, five years, that makes a long period of living under that debt. How does that effect your financial status? And do we want people staying in the classroom for years after they want to get out, simply because leaving early would mean financial ruin?

The benefit of government-funded college is that it would open a path to upward mobility for those who can’t afford it. But you can only have a loan forgiven if you are able to get the loan in the first place, as well as manage the other expenses that go along with college. A college loan forgiveness program could end up simply helping the wealthier folks aimed for higher education, leaving others still unable to move up. O’Rourke correctly notes that K-12 education is in need of a demographic shift, an infusion of non-wealthy non-white teachers. Better pay and easier access to the necessary college education could help solve this, but teacher pay is largely beyond the control of the federal government, and O’Rourke isn’t suggesting a means of changing that.

O’Rourke’s last question at the forum pressed him on the charter versus public school issue, and asked how he would make sure that public school funding went to public schools. He took the common stance that the federal government should finally fully fund IDEA, and then he moved from there to call for a $500 billion permanent public education fund aimed at erasing the equity gaps between poor schools and wealthy ones. That’s a bold idea, though $500 billion is probably not bold enough. But the question remains–how would that money be parceled out and distributed, how would the government insure that districts did not use the federal money to supplement rather than supplant their own spending, and how big a disaster will it be if the following administration kneecaps the program.

The rest of the question, he dodged. “Not a single dime” can go to “vouchers or private schools.” But then he also asserted that “there is a place for public, nonprofit charter schools” and that indicates that either he does not truly understand the issue, or he wants to work both sides of the street. If you believe that a public school is one that is owned by, operated by, and transparent to the public (and not just paid for by them), then the vast majority of modern charter schools are not public schools. And at this point, there is no excuse for any policy maker to pretend that he does not know that a nonprofit charter can be just a profitable as a for-profit charter.

Can O’Rourke catch up on education policy? Does he even need to? After all, education policy has never been a deciding factor in previous elections, and as exciting as its high profile is this time, issues like high stakes testing are unlikely to decide the Democratic nomination. But some of us are public education voters, and if O’Rourke wants to regain some of his momentum, it won’t happen because he served public education voters some of the same old hash.