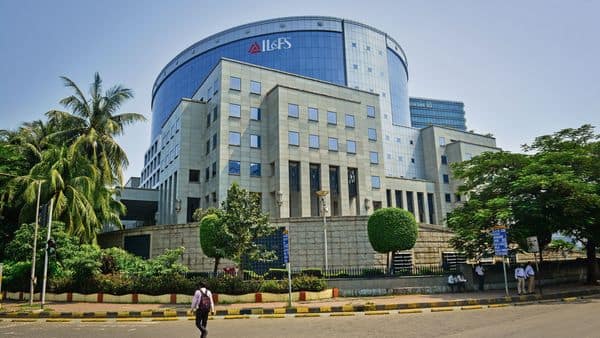 Mumbai: Mint brings you your dose of the top deals news, reported from newsrooms across the country

Masdar, also known as the Abu Dhabi Future Energy Co., has acquired around 20% in Hero Future Energies Pvt. Ltd (HFE) for $150 million, valuing the Indian renewable firm at $750 million, Mint reported. Masdar is owned by the UAE government’s sovereign wealth fund, Mubadala Investment Co. Sovereign wealth funds are preferred investors for their so-called patient capital, which seeks modest yields over time. IFC had invested $125 million in Hero Future Energies in 2017. Hero Future Energies plans to build a 5 gigawatt (GW) portfolio by 2022 and expand its operations in Africa and India, and be present across the solar energy value chain. The investment in the renewable energy firm comes against the backdrop of India’s growing strategic engagement with the UAE. Also, the UAE has supported India’s position over the issue of New Delhi revoking a provision in its Constitution that gave special status to Jammu and Kashmir. Annual bilateral trade between India and the UAE stood at about $60 billion in 2018-19 and the UAE was India’s third-largest trade partner. The UAE is also a key source of energy for India, being the fourth-largest exporter of crude oil for India.

Lupin has entered into a definitive agreement to sell its entire stake in Japanese subsidiary Kyowa Pharmaceutical Industry Co. to Plutus Ltd for an enterprise value of 57.36 billion yen, or ₹3,702 crore, Mint reported. The Mumbai-based drugmaker will get 32.6 billion yen, or ₹2,104 crore, in cash from the sale of a 99.82% stake in the subsidiary to Plutus, an entity affiliated to Unison Capital, a Japan-based private equity firm, the company said in a filing with the exchanges. Lupin expects the transaction to complete by March-end, subject to requisite approvals, including from anti-trust regulator, Japan Fair Trade Commission, besides its own shareholders. Nomura International (Hong Kong) Ltd was the sole financial advisor to Lupin for the transaction. The stake sale in Kyowa Pharma, which Lupin had acquired in 2007, was prompted by the implementation of a price control mechanism by the Japanese government, and moves to encourage substituting branded medicines with generic versions. Japan is aiming to genericise 80% of the pharmaceutical market by 2020.

IL&FS gets offer for back office services subsidiary CPG BPM

Infrastructure Leasing and Financial Services Ltd (IL&FS) has received an unsolicited offer from a potential investor to acquire a 59.18% stake in its process management and back office services arm CPG BPM Services Pvt. Ltd, Mint reported. Following the offer, the bankrupt infrastructure developer on Monday announced that it is seeking expressions of interest (EoIs) for the stake—an effort to attract more bidders and receive a robust valuation. Founded in 2010, CPG’s expertise lies in providing KYC (know your customer) and anti-money laundering services, and it has digitized 36 million documents so far. It also provides cash management services, customer on-boarding, and other services for broking and telecom firms and processes insurance claim data entry, import payments and credit cards data. The Bengaluru-based firm has about 450 employees and counts SBI Card, Bank of America, Zerodha, JP Morgan and LIC Housing Finance as its clients. Interested bidders can submit their offers by 22 November. The company has set a net worth eligibility criteria of ₹1,000 crore for strategic investors, while for financial investors, the eligibility criteria is assets under management of ₹4,000 crore as of 31 March.

Aditya Birla Group’s Novelis Inc., which is facing an anti-trust lawsuit in the US over its acquisition of Aleris Corp., expects to close the deal by 21 January—the outside date under the original merger agreement, Mint reported citing Satish Pai, managing director, Hindalco. Last month, the US justice department filed a lawsuit to stop Novelis Inc.’s proposed $2.58 billion purchase of Aleris because of concerns over higher prices of aluminium sheet used to make cars. In its lawsuit, the justice department described Ohio-based Aleris as an “aggressive competitor” and said the deal will give Novelis, the US-based unit of Hindalco Industries Ltd, up to 60% of the projected domestic capacity. Negotiations between Novelis and the justice department currently hinge on the rolling mill at Lewisport, Kentucky, and its 200 kilotonne (kt) automotive finishing line. The Lewisport plant has a 200kt auto facility and a 350kt hot strip mill. The Duffel plant, slated for sale by November, has an auto facility of 80kt and a 100kt capacity in specialities. Hindalco announced in July last year it would acquire Aleris through Novelis for $2.58 billion. Hindalco has arranged for $775 million of equity financing through a 5-year facility and a $1.5 billion of debt through a one-year bridge loan.

Shriram Housing Finance has raised nearly ₹700 crore from five banks in the last one month through securitisation deals, term loans and refinancing through the National Housing Bank, The Economic Times reported. Parent Shriram City Union Finance is also exploring a fund infusion of ₹500 crore in two tranches in the mortgage lender to prop up the loan book. The infusion from Shriram City Union Finance could be a rights issue with a proportionate participation from Valiant partners, which holds 22% stake in the company. The mortgage-lender has raised term loans of ₹150 crore from Syndicate Bank, ₹100 crore each from Indian Bank and United Bank of India. It also raised ₹150 crore from Canara Bank through a securitisation deal and ₹50 crore via a pass-through certificate (PTC) from ICICI Bank. It also raised ₹130 crore from National Housing Bank (NHB) through the refinance scheme. The company has gone on a fundraising spree at a time when most non-bank lenders have been facing a liquidity squeeze since the time government-backed infrastructure financier IL&FS defaulted on payments in September last year.