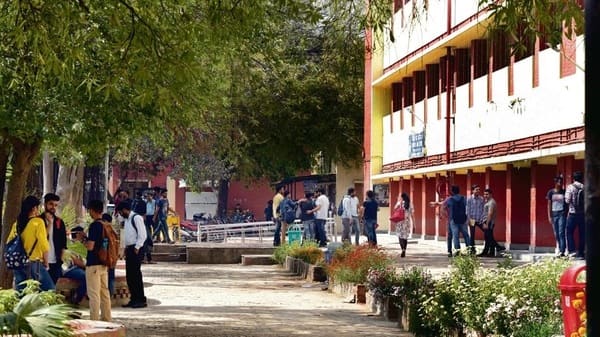 NEW DELHI: At least 115,000 meetings and two committees later, India’s draft National Education Policy (NEP) was finally shared by the ministry of human resource development for public comment, and may soon become a policy. Notwithstanding the delay, the draft policy prepared by a team of nine experts led by space scientist Krishnaswamy Kasturirangan is perhaps the best piece of education reforms initiative in recent years. However, it has its own share of omissions, too.

The draft, which initially drew attention for making Hindi compulsory in non-Hindi speaking states, under a three-language formula for school education, has diagnosed the problems plaguing the sector, besides providing solutions to problems right from the pre-school level to doctoral studies.

It recognizes there is a severe learning crisis and emphasizes the need to focus on building a foundation for reading and arithmetics from Class I onwards. The Annual Status of Education Report (ASER), which says that 50% of Class V students were unable to even read the text meant for students three levels below, proves that Indian children have been lagging in basic learning and numeracy skills.

The draft suggests that there should be dedicated arithmetic and reading hours every day in primary schools and advises introduction of specialized sessions to hone logical thinking and language skills. It also suggests integration of pre-schools (anganwadis) with mainstream education, despite the challenges, given that state-run schools and women and child development ministry-administered angawadis have separate administration systems.

“The draft, for the first time, has rightly suggested solutions for early childhood and primary education. The focus on basic understanding of language, and mathematics will help in improving the quality,” said Rukmini Banerjee, chief executive, Pratham Education Foundation, which publishes the annual ASER report.

While the draft policy suggests extension of the right to education act to all schools (from pre school to standard 12 instead of Class 1-8), it redraws the schooling system on a 5+3+3+4 formula instead of the current 10+2 model–students in the age group of 3-8 years will be part of the foundation stage, 8-11 age group for preparatory schooling, 11-14 years for middle school and 14-18 for secondary level.

“Teacher education system will be transformed, with rigorous preparation through a four-year integrated stage and subject-specific programmes offered in multi-disciplinary institutions,” Anurag Behar, a member of the drafting committee and head of Azim Premji Foundation, wrote in Mint.

The draft suggests a multi-disciplinary higher education system and a simplified university system, which will emphasise on professional, humanities and pure science streams. “The present complex nomenclature of HEIs in the country as ‘deemed to be university’, ‘affiliating university’, ‘unitary university’, will be phased out. Universities will be characterized only as public, private, or private-aided; and as multidisciplinary research universities or comprehensive teaching universities,” the report says. It also advises segregation of accreditation, funding and regulation roles for regulators.

“It does look forward-looking, but what the final draft needs to do is differentiate between deregulation and liberalisation. The incentive for the private sector to invest, grow and stand on quality parameters needs to be clearly articulated,” said Prashant Bhalla, president, Manav Rachna Educational Institutions, and head of the education committee at Assocham.

To be sure, the draft talks about better engagement of the private sector and provisioning for government funding for R&D work through a proposed national research fund. It also seeks to achieve 50% gross enrolment ratio from less than 30% now, and advises use of technology to expedite the process.It says under-graduate education must be revamped through a four-year Liberal Arts Science Education degree with multiple entry and exit options.

However, the draft lacks operational details and does not offer insights into how the policy will be funded. The centre must also ensure that the policy does not face litigation, state resistance, and operational challenges on the ground.

Tags: but, Draft, education, has, Is, Its, New, policy, robust