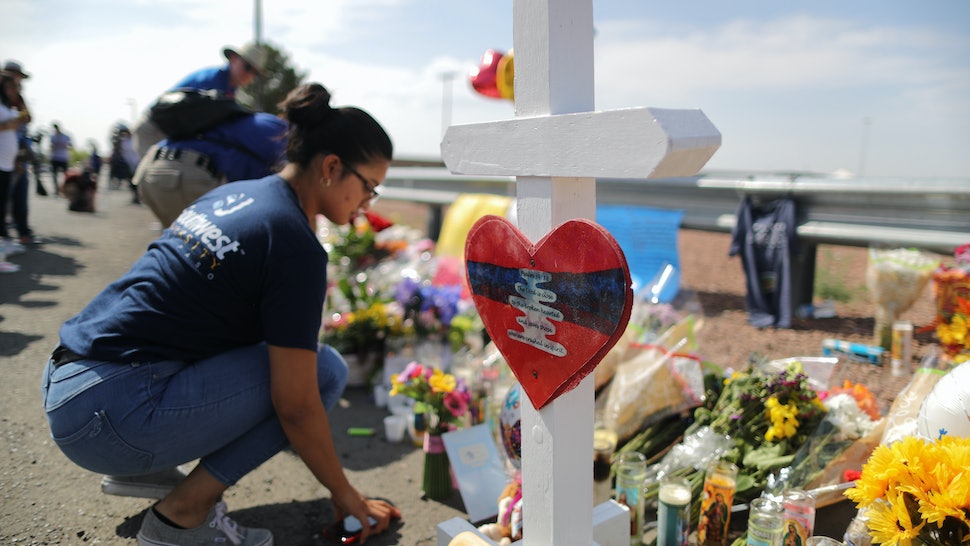 Shootings in Dayton, Ohio, and El Paso, Texas, left more than 30 people dead over the weekend. On Monday morning, President Trump blamed two sources: mental illness and “hatred.” But experts tell Bustle that people who commit mass shootings and terrorist acts aren’t aren’t automatically people with mental illness, and assuming that they are will make it harder to solve the complex epidemic of gun violence.

In a statement from the White House on Monday, Trump condemned “racism, bigotry, and white supremacy,” according to NBC News. “These sinister ideologies must be defeated. Hate has no place in America,” he said. “Hatred warps the mind, ravages the heart, and devours the soul.” The president attributed the shootings to violent video games and mental illness, NBC reported. “Mental illness and hatred pulls the trigger, not the gun,” he said. The El Paso shooter reportedly posted anti-immigrant messages online prior to the shooting, and authorities there are considering federal hate crime charges, according to The Washington Post. Authorities have not said that mental illness played a factor in either the Dayton or El Paso shootings.

Mental health experts have long criticized the media and politicians for framing the gun safety debate as one about mental illness. Almost 20% of adults in the U.S. have a mental illness, according to the National Institute of Mental Health, but only 3 to 5% of violent acts can be attributed to people with a severe mental illness, the Department of Health and Human Services found. A 2015 study published in the peer-reviewed journal Violence and Gender estimated that of 235 people who committed or tried to commit mass killings, 22 percent could be considered to have mental illness.

Additionally, statements like Trump’s seem to link white supremacy or other violent extremism to mental illness, but that link is not supported by research. Susan Sorenson, a professor of social policy and health and societies at the University of Pennsylvania, tells Bustle that terrorists, mass shooters, and white supremacists are not necessarily living with mental illness. “There’s probably some overlap, but we don’t know how much overlap there is,” she says.

There is limited research on the link between mental health and racism or other extremist beliefs, but Sorenson says that what we do know is that white nationalists, for example, usually feel isolated and want to belong to a community where their beliefs are supported and, sometimes, intensified. Seeking out a like-minded community, even if extreme, is probably not an indicator of a mental health problem, she says, “because as humans we seek to affiliate and that’s what you see here with these people finding other people online, then reinforcing one another.”

“There’s a lot of other countries that have mental illness rates about the same as ours and they don’t have this problem.”

Dr. Renee Binder, professor and director of the psychiatry and law program at the University of California, San Francisco, says that terrorists or violent white supremacists who kill people are “disturbed,” but not all of them have a mental illness as it’s defined in the Diagnostic and Statistical Manual of Mental Disorders.

“They’re people who are resentful, people who are angry, people who have some kind of grievance who feel that other people have mistreated them, they can be jealous of other people,” she says. “So there are all kinds of emotions, and those are common emotions that many people have at one point or another in their life, but that’s not the same thing as mental illness.”

In fact, most attackers share not a history of mental illness but a strong sense of resentment, Binder says. Experts have noted that many attackers recently have parroted Trump’s anti-immigrant rhetoric. Right-wing extremists were linked to more murders in 2018 than in any other year since 1995, according to a recent report by the the Anti-Defamation League. And, research has also found that mass shooters often have a desire to be famous and a past history of domestic violence. But the one thing they all share is access to firearms. 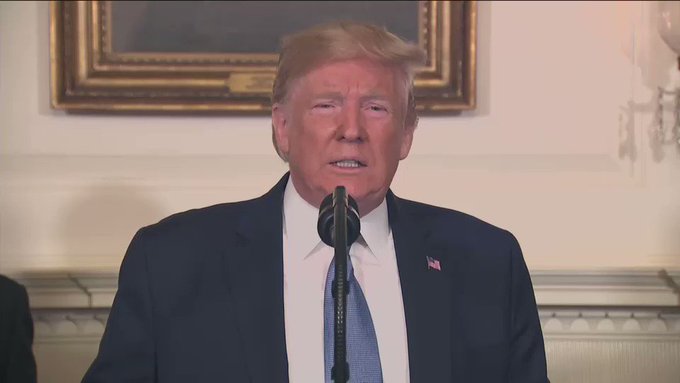 And that is what politicians refuse to address, despite mountains of research from experts, Sorenson adds. Elected officials and the media have tried to attribute mass shootings to violent video games and mental illness, but “if they don’t pay attention to guns, it’s still going to happen.”

“There’s a lot of other countries that have mental illness rates about the same as ours and they don’t have this problem,” she says.

Framing the gun violence conversation as preventing the mentally ill from accessing guns also contributes to stigma, which has real impacts on people’s lives, Binder says. “It prevents people from getting help, because they don’t want to disclose that they have some problems which many people have,” she says, noting that stigma can also lead to job, housing, and relationship discrimination. “It does a lot of harm to people who have these real illnesses that are very, very treatable.”

Laws that prevent people with mental illness from accessing guns not only contribute to stigma, but they also don’t work. In a 2018 article for JAMA, Binder wrote that individuals with serious mental illnesses make up only 12.4% of those charged with violent gun offenses, meaning “laws that limit gun ownership based on a history of involuntary psychiatric commitment, for instance, will still miss most individuals at high risk for gun-related violence and suicide.”

Experts have also proposed a variety of complex policy solutions to attempt to address gun violence, but Sorenson says the one thing that’s missing is a multi-faceted approach. “There’s been so much talk, there’s been so much conversation,” she says. “At some point, there’s enough talking and our elected officials need to take action.”