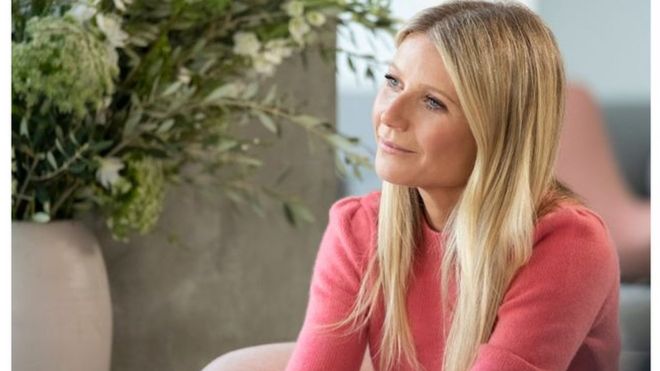 The Goop Lab, filmed at the headquarters of the actress’s wellness brand, Goop, explores the effectiveness of alternative therapies for physical and mental illnesses.

Netflix says the series is “designed to entertain, not provide medical advice”.

A spokeswoman for Goop said it was “transparent when we cover emerging topics that may be unsupported by science or may be in early stages of review”.

The controversial health and wellness series debuted on the streaming platform on Friday, 24 January.

Throughout the six-part series, Paltrow enlists the help of doctors, researchers and alternative health practitioners to investigate practices ranging from “energy exorcisms” to the use of psychedelic drugs in the treatment of mental-health disorders.

Mr Stevens took aim at the “dubious wellness products and dodgy procedures” featured in the series, while speaking at an academic event in Oxford on Thursday.

“Goop has just popped up with a new TV series, in which Gwyneth Paltrow and her team test vampire facials and back a body worker, who claims to cure both acute psychological trauma and side-effects by simply moving his hands two inches above a customer’s body,” said the chief executive.

Goop began in September 2008 as a newsletter produced by Paltrow for her friends.

The controversial lifestyle brand opened its first UK store in London in 2019.

It has since grown into an lifestyle and beauty business reportedly worth £190m ($250m), with a website, online store, pop-up shops, a magazine and now a Netflix series.

“While fake news used to travel by word of mouth, and later the Caxton press, we all know that lies and misinformation can now be round the world at the touch of a button – before the truth has reached for its socks, never mind got its boots on,” said Mr Stevens.

“Myths and misinformation have been put on steroids by the availability of misleading claims online.”

“While the term ‘fake news’ makes most people think about politics, people’s natural concern for their health, and particularly about that of their loved ones, makes this particularly fertile ground for quacks, charlatans and cranks.”

The company claimed its jade and rose quartz eggs, which are inserted vaginally, could balance hormones and regulate menstrual cycles, among other things.

The legal action was brought by California’s consumer protection office.

Goop said it had not received any complaints from consumers about the product’s description.