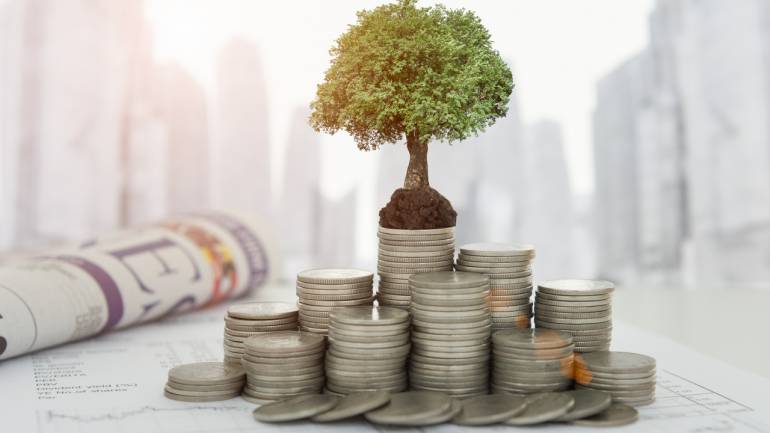 They were once criticised and even shunned by many investors because of high costs, lack of liquidity and relatively opaque portfolios. But unit-linked investment plans (ULIPs) are back in the reckoning as they move to more nimble cost structures and better disclosures.

For investors, the comparison with the most preferred financial product of our time – the mutual fund – has become more intense after long-term gains from equity schemes became taxable from Budget 2018, while ULIPs continue to enjoy a tax-free status. Insurance agents and companies have made a major pitch for ULIPs, especially after the differential tax treatment.

To be sure, wealth managers and financial planners still keep mutual funds on top of their recommendation list. But while some advisors suggest that ULIPs can no longer be ignored, others suggest creating a tax-free corpus is enabled now through ULIPs. Most wealth managers do continue to stress that it is best to keep investment and insurance separate.

Given this background, it makes sense to compare the two products (though different in structure), across factors such as returns, costs, liquidity and taxation angles to get a more clearer picture of these instruments.

Mutual funds invest the entire money that you park with a scheme and deduct charges while declaring the NAV. ULIP premiums, on the other hand, have two components – insurance and investment. After deducting various charges for policy administration, premium allocation and commission to agents, the remaining sum is invested. Additionally, there are mortality charges levied by ULIPs as well as fund management fees.

Data from Morningstar indicates that mutual funds across most equity and

debt categories have managed to deliver higher returns than ULIPs. The extent of outperformance of MFs vis-à-vis ULIPs is around 1-1.5 percentage points in the case of regular plans and increases up to two percentage points when direct plans are opted for.

This comparison is made on an NAV returns basis. In the case of ULIPs, these are gross returns and if mortality charges are deducted, their underperformance would look a tad more pronounced compared to MFs.

What makes the performance of MFs more credible is the fact that they delivered better returns even after market regulator SEBI mandated a strict re-categorisation of schemes, and the investment avenues were rigidly defined, giving them little leeway.

ULIPs do not face such strict definitions in investment mandates, which allows them more flexibility.

Says Dev Ashish, founder of stableinvestor.com, “The return data indeed suggests that as pure investments, MFs have done much better than ULIPs in the last few years.”

Nitin Shanbhag, Sr. VP – Investment Products, MOPWM (Motilal Oswal Private Wealth Management), puts the return comparison in a different perspective and says, “The SEBI’s mutual fund re-categorization decision came into a force in March 2018. Hence, the reference period since then is not substantial enough to compare the performance of Mutual Funds to that of ULIPs.”

In the case of ULIPs, there is tax deduction available under section 80C of

the income tax act. So for ULIPs purchased after April 1, 2012 and where the annual premium is less than 10 per cent of the sum assured, the entire premium amount can be claimed for deduction.

Also, at the time of maturity, subject to the same condition mentioned above, the proceeds are tax free under section 10(10D).

The key aspect to be noted is that ULIPs that both debt and equity options are tax free.

Mutual funds on the other hand face a 10 per cent tax on capital gains in excess of Rs 1 lakh if units are held for more than a year. (See table) Debt funds have a three-year period for gains to be classified as long-term and taxed at 20 per cent with indexation. Only tax tax-saving equity mutual funds qualify for tax deduction. Here too long-term capital gains are taxed subject to the condition as any other equity mutual fund scheme.

Since most long-term investments are expected to be held for five or more years, taxation is important and ULIPs clearly score on this aspect.

Financial planners say, this tax free status can be put to good use.

“Tax-free status is a major positive for ULIPs. Even if the money were in a debt fund of a ULIP, it would be tax-free,” says Suresh Sadagopan, founder Ladder7 Financial Advisories.

A few years ago, one major grouse against ULIPs was their high charges. But over the past couple of years, levies under heads such as fund management, mortality, premium allocation and policy administration have been brought down.

In fact many insurance companies offering certain ULIPs online have even done away with many of these levies, retaining only fund management and mortality charges. Examples include HDFC Life, SBI Life, ICICI Pru Life, Edelweiss Tokio Life and Max Life.

Fund management charges are capped at 1.35 per cent for ULIPs.

But ULIPs are locked in for five years and you will need to pay premiums for at least that period.

Mutual funds have charges under a single head and range from 1.5-2.5 per cent generally depending on whether direct or regular plans are chosen. For some debt and index fund schemes, charges are lower.

MFs can be exited at any time, though, some houses levy an exit load if units are sold before a specified period.

Says Suresh, “In many ULIPs, premium allocation charges & Fund management charges are the main charges. Mortality charges need to be compared with a term plan charges (in a situation where a person purchases MF + Term plan and wants to compare with ULIPs). Life cover is a separate benefit and should not be brought in when comparing MF vs ULIPs as investment products.”

Deepak Jasani, Head-Retail Research at HDFC Securities points to another cost head and says, “Mutual funds have little or no exit loads, while in ULIPs it is expensive to exit especially in the first five years in view of the surrender charges and loss of life cover.”

“While the fund management charges of ULIPs (capped at 1.35%) are similar to the expense ratio of the direct plan of mutual funds, the overall charges for ULIPs are marginally higher due to mortality charges and policy admin charges. However, investors need to look beyond just the cost at time of investment and should focus on superior long term alpha creation opportunities through quality fund managers,” says Nitin of MOPWM

Apart from a five-year lock-in ULIPs also have a problem of flexibility. In case of underperformance, you can only switch to a different category in the same scheme. But with MFs, you can always exit units and move to another scheme of a different fund house.

“MFs are better as you can change the AMC, Fund (manager) as and when you want as MFs are very liquid. ULIPs, on the other hand, do allow you to switch between few funds, but you can’t leave the fund manager (AMC). If you do, then it’s via surrender of policy and most often than not, the surrender charges will kill your investment” cautions Dev of of stableinvestor.com.

But Suresh of Ladder7 has a different take. He says, “The fact that money can move between the various funds of a ULIP is a positive. ULIPs and can be used for asset rebalancing without cost.”

Should you make a dash for ULIPs?

Says Dev, “a combination of Mutual Funds and Term Insurance is far superior to ULIPs when it comes to good investment returns, high life insurance coverage, transparency in returns and overall flexibility. It doesn’t make sense to buy a product which neither provides good insurance cover not provide good returns.”

Adds Nitin, “An investor’s financial goals, liquidity needs and risk temperament form the basis for the financial planning process. Mutual funds are better suited in this regard than ULIPs. We believe that it is prudent to keep investment and insurance separate when it comes to financial planning.”

But Suresh has a slightly different take. He says, “One can have ULIPs to create a tax-free pool with which to fund liquidity, contingency, goals etc. in future, five years after purchasing the ULIPs. Looked at it this way, it can be a good tool in the hands of an advisor and can be a part of the client’s portfolio.”

It was easier to ignore ULIPs earlier, especially when compared to mutual funds.

To be sure, mutual funds must be the primary vehicles to save for long-term goals, given their transparency, liquidity and non-complex nature.

But given the differential tax treatment, lower charges and improving returns, ULIPs cannot be completely ignored. Perhaps, if after investing in MFs for your goals, you are still left with a surplus, you can consider a good ULIP after due consultation with your advisor.