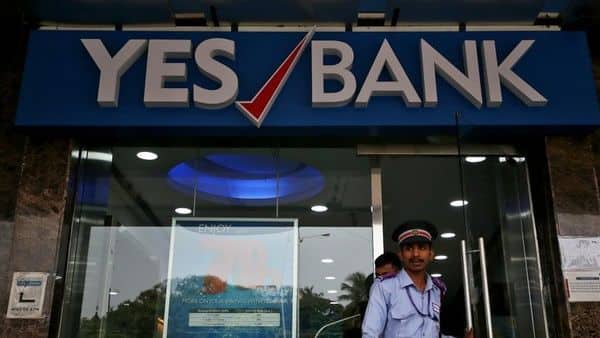 Mumbai: Fund-scouting private lender Yes Bank Ltd., on Friday late evening said after a board meeting that a number of investors have evinced interest to buy Yes Bank equities worth a total of $2 billion via a preferential allotment of shares.

The bank said last month that it has received an interest from an international investor to put in $1.2 billion through a binding agreement. The bank did not disclose the name of the investor.

Yes Bank is in a desperation to raise capital to stay compliant with the central bank’s norms, buffer losses against bad loans and remain afloat.

On Friday, the bank said that it has held discussions with several institutional investors to secure enough capital.

The bank said that a top tier US-based fund house has shown interest to invest $120 million in the bank. The bank said it will disclose the name of this investor early next week.

“Discussions with investor (Erwin Singh Braich I SPGP Holdings) is ongoing and expected to be concluded shortly….In the meantime the binding term sheet extended till 31 December, 2019 ,” said the bank in a late Friday evening regulatory filing.

Apart from these potential investors, the bank said it has received interest from the family office of Citax Holdings Ltd. & Citax Investment Group for an investment of $500 million in the bank.

Yes Bank said none of the investors (cited above) will be allotted equity shares such that their holding exceeds 25% of the share capital of the bank.

On 1 November, Yes Bank said that a global entity has made a binding offer to invest $1.2 billion in the cash-starved lender through an issue of new shares, which boosted its stock by as much as 35%.

The investment, if cleared by the Reserve Bank of India (RBI), will diminish the shareholding of Yes Bank’s original promoters Rana Kapoor and late Ashok Kapur’s wife Madhu Kapur. Such a large issuance, if made to a single investor, may result in a change of the bank’s promoters.

Yes Bank may raise the $1.2 billion from multiple investors for the ease of getting approval from the Reserve Bank of India (RBI) and avoiding an open offer, two bankers had said. According to these bankers, who spoke on condition of anonymity, Yes Bank officials have held discussions with four-five potential investors. Under this option, each investor may end up acquiring less than 10% in Yes Bank.

Yes Bank, which has been desperately trying to raise money to stay afloat, did not elaborate the exact structure drafted by the bank’s capital-raising committee for the $1.2 billion investment. Neither did the bank disclose the name of the investor.

Yes Bank had earlier said it had shortlisted “global technology” companies as potential new investors but it is not clear whether the new investor is indeed a technology company.

Such a large stake purchase will require the investor to not only obtain special approval from RBI, but also make an open offer to buy an additional stake of at least 26%.

For any stake purchase of 5% or more in a bank, RBI approval is mandatory. Bank promoters are mandated to bring down their holding to 15% over a period of time.

In any case, any prospective investor in the bank will need to gradually reduce its stake to 15% or lower within three years, or any such period as directed by RBI.

Also, an open offer will lead to a change in promoter control. After selling almost the entire promoter group stakes of Kapoor’s family-run firms, Yes Capital (India) Pvt. Ltd and Morgan Credits Pvt. Ltd, Kapoor had a stake of 3.92% in Yes Bank at the end of September. However, Kapoor has only partly sold his stake between August and October, primarily to repay the debts taken by his promoter group firms in the form of non-convertible debentures. Madhu Kapur and her firm, Mags Finvest Pvt. Ltd, hold 6.87% and 1.46%, respectively as the bank’s co-promoters.